The Government consultation on changes to the Basic Payment Scheme (BPS) to support farmers through the agricultural transition period from now until 2027 has been published.

The consultation runs until 11 August 2021 and focuses on the lump sum exit scheme and delinked payments.

The two main proposals are that in 2022, farmers who wish to exit the industry, will be given the option of taking a lump sum payment instead of any further Direct Payments; and in 2024 Direct Payments will be ‘delinked’ from the land for all farmers.

The consultation seeks views on who should be eligible for the lump sum payments, and how both the lump sum and ‘delinked’ payments will be calculated.

Phasing out Direct Payments will be a big change for many farmers. The intention is that by offering farmers who want to exit the industry a one-off lump sum payment in place of any further Direct Payments (whether under BPS or delinked payments), it will help to support them in their plans for retirement.

It is planned that the value of the lump sum will be based on the Basic Payment Scheme (BPS) payments made in a specified reference period. The lump sum will be calculated as 2.35 times the reference amount, with a proposed payment cap of £100,000 – the objective is to make the lump sum equivalent to the amount that could have been received in Direct Payments between 2022 to 2027.

Key rules of the lump sum exit scheme should be published by the end of October 2021, in advance of the introduction of the scheme in 2022. It is not expected that farmers must have completed the transfer of their land or tenancy, or even to have confirmed their take-up of the exit scheme, at the time they apply for the lump sum.

The Government plans to introduce delinked payments in 2024, entirely replacing BPS payments and providing simplification for both farmers and the Rural Payments Agency. This means that recipients will no longer be required to continue farming in order to receive payments in each of the remaining years of the transition period.

There will be no need to have land or payment entitlements, instead the Government will make payments based on the BPS payments made to the applicant in a specified reference period, minus the progressive reductions already known about. The delinked payments will not be affected if the farmer expands or reduces their farm size after the reference period.

It is hoped that the delinking of payments will accelerate the restructuring of the farming industry, as payments will no longer be based on land area and recipients will be able to make decisions based on their individual business and circumstances.

These changes have been anticipated for some time, and if they go ahead will have significant implications for the way in which farmers manage their land and business structures.

There will also be important tax considerations as to the treatment of lump sums and delinked payments, and the Government has indicated that guidance on this will be provided in due course.

Responses to this consultation can be given by following this link. 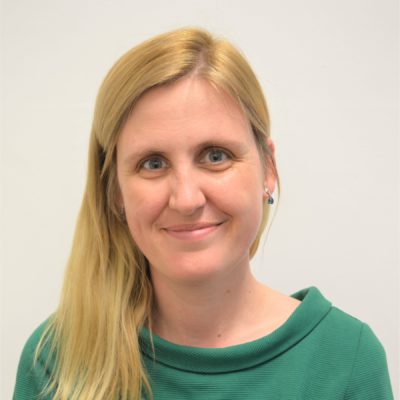 Lizzy joined M+A Partners in August 2012 as Assistant Tax Manager after qualifying as a Chartered Accountant in 2011 with a small firm in the Midlands.

Since being at M+A Partners she qualified as Chartered Tax Adviser in 2014 and is now a Senior Tax Manager.

Her clients include individuals, small to medium sized companies, partnerships and sole traders, with a particular focus in the agricultural sector.