‘What’s on the Horizon for Charity Trustees?’ – Report issued

A report jointly produced by the Charities Aid Foundation (CAF) and Institute of Chartered Accountants in England and Wales (ICAEW) focuses on the future of trusteeships and the challenges and opportunities that charities face over the coming year.

The ‘What’s on the horizon for charity trustees?” report has been informed by trustees at local, national and international charities.

The primary conclusions from the research carried out can be summarised in six key areas:

Securing short and long-term funding is a constant focus for trustees, as they plan for the future whilst ensuring there are sufficient reserves to respond to immediate needs.

53% strongly agreed that their charity needed to have reserves available without a notice period.

Trustees play a significant role in securing funding, through networking, financial and fundraising expertise and applying for grants.

Trustees have a significant part to play in the success of collaboration within a charity. The report highlights that, when it came to working together, trustees could be divided into three broad types:

Different types of trustee naturally invoke unique skills and a specific focus within the charity. Understanding the make-up of trustees on a board can help identify strengths and any limitations.

The vast majority of participants interviewed in the report said their trustee board was less diverse than they would have liked.

Charities benefit from diversity in varying ways and it can also mean different things, depending on the nature of the charity. Diversity could be reflected in a wide range of skills and knowledge, personal characteristics (including gender, ethnicity, class background and age), users and beneficiaries or motivations of the trustees on the board.

It was also expressed that it can be hard to represent a diverse demographic when the role of a trustee is typically suited to those that have the time, commitment, money and energy to expend on a volunteer position.

According to the Taken on Trust research by the Charity Commission:

Research highlights the fact that charities are lacking easily accessible support, information sharing and training materials. Role specific training and areas where trustees would like additional guidance include:

Being able to communicate between charities about successful initiatives would be hugely helpful, especially if focused around a centralised resource hub.

How charities utilise digital technology varies depending on their sector, objectives and size.

According to research carried out by CAF during the pandemic:

Cybercrime, safeguarding and data protection all remain concerns for charities and their trustees.

According to the UK Charity Commission, cybercrime represented a £3.6m loss to charities between March to October 2021, with the pandemic having created an environment enabling charity fraud.

Charities with clear, official sustainability policies still tend to be in the minority, and are typically the larger charities.

Many charities want to ramp up their sustainability efforts but are uncertain of what action to take and how to implement a formal policy. A few trustees referred to the fact that they are looking to increase their charity’s sustainability as this can influence their eligibility for certain grants.

According to a 2021 poll by the Scottish Charity Regulator, in response to the statement “In our charity, we already have a strategy to mitigate and respond to climate change,” 20% of charities said yes; 67% said no; and 13% said they didn’t think their charity needed such a strategy.

According to the National Council for Voluntary Organisations (NCVO) two-thirds (66%) of charities expect Covid-19 to have a moderate to significant negative impact on the delivery of their objectives up to summer this year.

Achieving financial sustainability remains a priority for charities, to ensure this sustainable growth, digital advancement and governance are viewed as key areas in which to invest. Training, support and knowledge-sharing are all crucial if charities and their trustees are to reach their objectives.

You can read the complete ‘What’s on the horizon for charity trustees?’ report here. 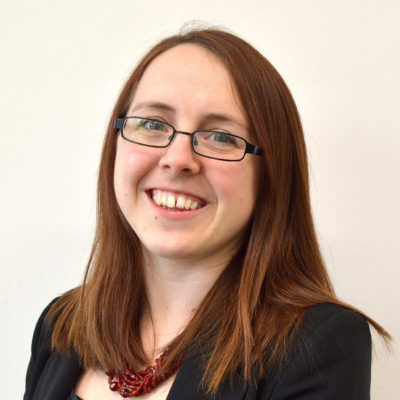 Alice joined M+A Partners as a graduate trainee in July 2010 and qualified as a Chartered Accountant in 2013. She is a member of our Audit team, with a particular interest in not-for-profit organisations.

Alice holds the Diploma in Charity Accounting awarded by the Institute of Chartered Accountants in England & Wales, having demonstrated her experience of advising charity and not-for-profit organisations on technical and strategic issues. She also obtained the Financial Reporting for Academies qualification from The Chartered Institute of Public Finance and Accounting in April 2013.

Alice is Chair of Trustees for a local charity based in Wymondham and is a leading member of the Academies User Group, a forum facilitated by Norfolk County Council working to assist and advise academies.